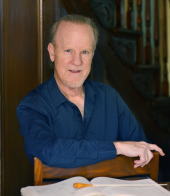 Lee Bracegirdle has held positions as principal French horn in orchestras on 3 continents spanning more than 3 decades. His career as a composer began in 1998 as winner of the Kodaly Composers' Competition in Chicago, followed by numerous commissions and requests for new works from his orchestral colleagues. As a composer he is represented by the Australian Music Centre and since 2008 his compositions have been published by C.F. Peters. As a conductor he trained at Salzburg's Mozarteum and he now guest conducts in Australia and Latin America. From 2017-2020 he was Chief Conductor and Artistic Director of the Woollahra Philharmonic Orchestra and in 2020 he was named Honorary Musical Director of the Orquesta Sinfůnica de Oriente in Santiago, Cuba. He resides in Sydney, Australia.

Bracegirdle began musical training in his native Philadelphia, where he studied piano, organ, and various wind instruments, choosing the French Horn at age 14. He began tertiary music studies at the Philadelphia Musical Academy (1970-1971) specialising in horn and organ. From 1971-76 he studied French horn at New York's Juilliard School with James Chambers, John Cerminaro and Ranier de Intinis, earning a BM and MM, and also privately with Carmine Caruso and Roy Stevens. Among his lecturers at Juilliard who influenced his compositional style were the composers Pierre Boulez, Jacob Druckman, Vincent Persichetti, and Robert Starer.

Concurrent with his studies he led a multi-faceted free-lance career, performing and recording as principal horn with the New York City Symphony Orchestra, the Brooklyn Philharmonia, and with many prominent jazz musicians, including Clark Terry, Ornette Coleman, Stanley Clark, Earl Gardner and Teo Macero. In 1975 he was principal horn in the New York premiere of Dave Brubeck's The Gates of Justice under Brubeck's direction.

In 1976-77 he held the positions of Co-Principal Horn with the Orquesta Filarmůnica de la UNAM (Mťxico) and Principal Horn with the Chamber Orchestra of Mťxico City. In the summer of 1977 he joined the International Youth Orchestra in Bayreuth, Germany and in the same month became principal horn with the Hof Symphony Orchestra. During his tenure there he co-founded Germanyís premier brass quintet Rekkenze Brass and performed as soloist in the horn concertos of Mozart and Strauss. In 1980 he was appointed Associate Principal Horn with the Sydney Symphony Orchestra, a position in which he served until his retirement in 2012. He has made numerous recordings for the Australian Broadcasting Corporation as a soloist, chamber musician and principal horn, and in 1981 together with his SSO colleagues he founded the Australian Brass Quintet. In 2000 he toured with Barbra Streisand as Principal Horn of the Sydney International Orchestra. Live video broadcasts of many of his performances as principal horn can be viewed here on YouTube.

He has edited horn ťtudes for the I.M.C. in New York and published his own studies and brass chamber music through 3-C Musikverlag in Bochum, Germany. He has given horn master classes at the Juilliard School, Salzburg Mozarteum, Curtis Institute, University of Illinois, the Chopin University of Music in Warsaw, the Conservatorio Esteban Salas in Santiago, Cuba, and the Conservatorium of Matanzas, Cuba. His students hold positions in professional orchestras in several countries. In addition to private teaching he has been horn tutor at Sydney's St. Andrew's Cathedral School since 2006, and at The King's School from 2014-18. He is an endorsing artist for the Conn model 8D French Horn through the Conn-Selmer Centerstage program and for the Kruspe 'Horner' Model (model HR- 28).

He studied conducting with Michael Gielen at the Salzburg Mozarteum from 1990-1992, and in 1991 took part in master classes with Sergiu Celibidache in Mainz. He received further conducting tutelage in Sydney with Sir Charles Mackerras, Carlo Felice Cillario, Vernon Handley and Eduardo Mata, and made his conducting debut in 1991 with the Orchestra of the Mozarteum. Since 1996 he has been Musical Director and Composer-in-Residence of the Australian Chamber Ballet, and he appears frequently as guest conductor with many Sydney-based ensembles. In 2014 he became the first Australian to conduct in Cuba, and by including his own composition on the program, the first contemporary Australian composer to be performed there. He returns to Cuba regularly as guest conductor of the orchestras of Santiago, HolguŪn and Matanzas. Videos of his conducitng work can be viewed here on YouTube.

The Sydney Symphony Orchestra have performed the premieres of his compositions Variations for Orchestra, Ammerseelieder, Concerto for Euphonium and Orchestra and Legends of the Old Castle (for solo-harp and wind orchestra). Legends and Threnos (for solo-horn and wind orchestra) were commissioned by the American Wind Symphony Orchestra. His Violin Concerto was premiered in 2015 with the SSO's former concertmaster Michael Dauth as soloist. All of these works are published by C.F. Peters. Works written at the request of his SSO colleagues have been Euphonium Concerto, Passacaglia and Gigues for double-bass and chamber orchestra, and Violin Concerto. Performances of his compositions can be viewed here on YouTube.

He has been Composer-in-Residence in the Brahmshaus in Baden-Baden and at Bundanon, the NSW South Coast arts residency endowed through the estate of the late Australian painter Arthur Boyd.

Click here to watch a trailer for the documentary "Symphony and Salsa", based on Lee's work with orchestras in Cuba.